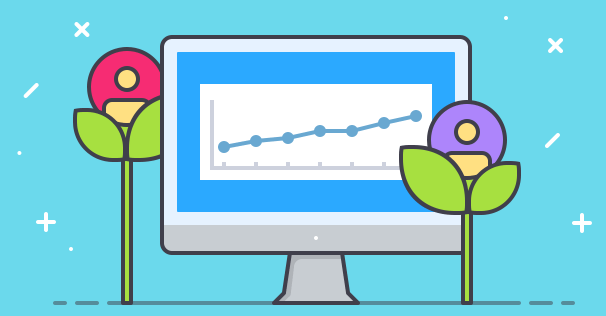 If the engagement from your social media followers seems lower than, perhaps six months or a year ago, it probably is!

It used to be that Facebook was a great platform to curate content… curated blog posts, news or content that was being shared from other accounts. Instagram, on the other hand, was all about original photos and videos.

But in March 2012, Facebook bought Instagram and since then the user interface and performance have changed. Over the last couple of years, we’ve seen a resulting trend in the algorithms both use to feed content to their users. Then, in May 2019, both Facebook and Instagram announced changes that were going to take place over the next three months. The goal, they said, was to provide a feed that contained the information the user wanted to see.

In the case of Facebook we’ve noticed an increasing number of “sponsored posts” (aka ads) in our feeds, and a definite reduction of posts coming from family, friends and the Facebook pages we follow.

Most recently (July 2019) Facebook has said that they are no longer displaying posts from pages with low number of interactions, they are removing prioritized content in the feed based on the post’s engagement (or lack thereof), and the site is prioritizing Stories, groups, and events now more than ever before. In fact, for posts from Business Pages, they are looking at using “click-gap data” to deprioritize posts based on user feedback. This means that “reactions” to a post (think the funny faces and hearts) are given more value than a “like” and even more priority is given for posts that receive comments or are shared.

In addition, Facebook is now tightening its desire to keep the users on the Facebook site. What this means to you is that posts with a call-to-action that take the reader “off” Facebook to a different website (even your own business website), is now being penalized and is less likely to appear in your follower’s news feed. (Note: CTA’s with outside links are fine for paid advertising and sponsored posts.)

There has been a steady decline since 2014 on how many of your followers actually “see” your posts. In 2014 if you posted something on a private or business Facebook page most everyone of your followers would likely see it . But today that statistic is a maximum of 1.6 – 2.0%. This means that if you have 1000 followers on your business page, when you post an entry 16-20 of those people will actually have it sent to their news feed… if they are on Facebook at that particular moment in the day. And if you have a Facebook Group that you’re posting to, the organic reach may approach 6.5%, assuming that your group members are actively commenting or interacting.

Given that the average Facebook user refreshes their news feed 11 – 15 times a day, this means that if you haven’t posted very, very frequently during the day, the chances of one of your posts being seen at all is very slim. I’ve experienced this when I saw a post first thing in the morning, but couldn’t find it again later in the day.
What’s the Future for Businesses?

These changes are affecting the way businesses need to use these social media platforms. Organic engagement (as opposed to paid Facebook or Instagram ads) has become a real tough thing to sustain. Relying on organic search to attract a new customer or engage existing customers has become a thing of the past.

This means that businesses must have a social media marketing strategy in place to drive new customers to their feed using a combination of short video posts, stories and events along with laser targeted paid Facebook advertising.
If you were expecting to do lead generation via traditional organic Facebook or Instagram posts, think again. That time has come and gone.

If you think Social Media Marketing is still viable for your business, but your not sure if your current approach is working for you, contact our Marketing Strategist for a complimentary initial consultation.